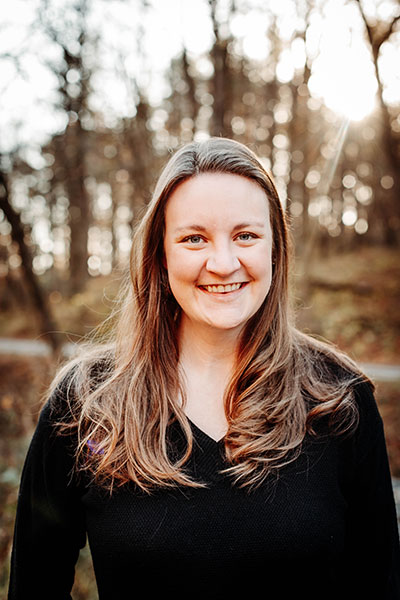 Dr. Katie Nagel was born and raised in Cedar Rapids, Iowa.  She graduated from Xavier High School and went on to Mount Mercy College, where she graduated with a degree in Biology.  Dr. Katie graduated from the University of Iowa College of Dentistry in 2014 and began working in an office outside of Des Moines immediately after graduation.  After some time there, she was tempted by the warm weather of South Carolina, where she had previously spent summers running a sleep away camp.  During her three and a half years in Greenville, she worked as the only dentist in a private practice.  However, home called her heart back to eastern Iowa and she and Dr. Chong decided to move back to be closer to family.

Katie is an avid Iowa sports fan and loves living back in Hawkeye country.  In her free time, she enjoys spending as much time outside as possible, whether it be walking her dogs, golfing or taking her daughter to the park. She loves being active in the Anamosa and Monticello communities and you will see her and her family out to eat at our local restaurants frequently. She loves watching reruns of The Office and is constantly singing, even to her patients!

Katie and Chong have two daughters: Evelyn and Elyse, who are their pride and joy. They also have two dogs, Keeva, a Black Lab mix and Jadie, a Wheaten Terrier who you will see them constantly out for walks with!

Ready to Improve Your Smile?

Schedule an appointment at one of our offices. We look forward to seeing you!
Schedule an Appointment